Stuffing up, alarm bells and limitations 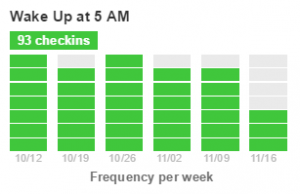 I have failed to wakeup couple of times this month. A few occasions not waking up early has been intentional – pub nights and dinner with friends but the other occasions have not and these are the occasions that I want to blog about. So these are the questions I have asked myself

Why have I stuffed up?   – Poor sleep, Not dealing with stress
How did it become a stuff up? –   I failed to setup my alarm properly (was it on purpose?)
What was the result?  –  Guilt, feeling that I failed.

We will stuff up, we are all human. The guilt that should not be focussed on stuffing up but the fact that we do not try. When you are stretched, you will make mistakes. The 5AM wakeup is a stretch on some occasions especially when you do not sleep early enough or have a awful night sleep. The reason was legitimate,  I know the reason was not related to motivation or laziness.

“I’ve missed more than 9000 shots in my career. I’ve lost almost 300 games. 26 times, I’ve been trusted to take the game winning shot and missed. I’ve failed over and over and over again in my life. And that is why I succeed.” ~ Michael Jordan

So my focus now is reducing the number of stuff ups. So I can become a high performer.

I have always relied on my trusty iPad alarm clock as my sole source for waking up. The only problem despite a nightly routine,  I sometimes forget to turn the volume up on the alarm. If I have been using my iPad in a public area during the day, I turn down the volume to minimize the disturbance factor. The downside to this habit is that I forget to up the volume when I need it. Which has happened to me on a few occasion. The fact that the iPad has a variability means that it is not idiot proof. 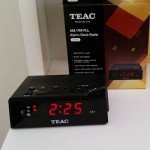 Getting to a 30 day streak has been a goal of mine. It has also been a limitations. I am keen to investigate the relationship between a goal and a limitation, I will blog about this research.

Introducing Nuggets
Why is a mini habit better than a New Year’s Resolution?