One of the reasons why I wanted to try the 5AM club was to develop a routine for exercise.  I have transitioned my exercise into a habit.

As mentioned in my previous blog post, a habit is almost automated, there is no “mind fight” – “should I, shouldn’t I”, “let’s do it tomorrow”. This was the constant battle I had with exercise for years. This battle caused me to be very inconsistent for so long. I had great, not so great and just woeful spurts of exercise streaks.

Being aware of what habit is and adopting exercise as a habit, has dissolved the “mind fight”,  I have got “myself out of the way”. My exercise is now a habit and this is my approach.

With all these factors, exercise transitioned to becoming a habit and not a routine.

As a result, I feel much better about myself, I even look better –  my youngest son commented that I look better the other day “you have muscles” was his comment (I could be exaggerating about his comments).

So how does it integrate into the 5AM club, here are some things that I have learnt along the way

So as the day have worn on I have become fitter and as a result the 5AM club has become easier. My approach to exercise has become habit based and not routine based. So I would say that exercise is one of the four pillars of the 5AM club and cannot be skipped and in fact exercise makes the 5AM club easier. 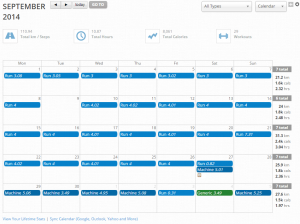 My 5AM Journey - the Good, the Bad and the Ugly!
A Chronic Insomniacs guide to 5AM Wakeup